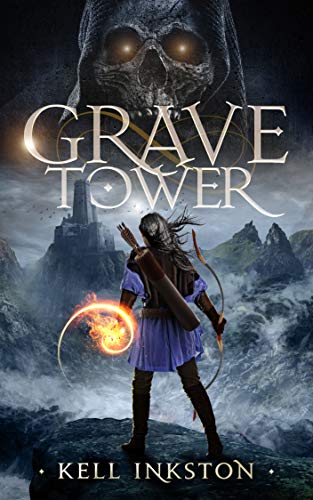 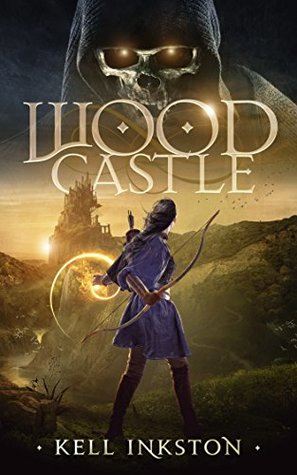 Series following the adventures of the Royal Knights while they try to keep peace and protect their realm from the Lord Chaos. The series is set in another part of the author’s Omniverse. The main character is Meeo, Knight Love, accompanied by her best friend and the most impressive mage of the Omniverse, Knight Order. There is Knight Law, Meeo’s adopted son and dragon halfling, and an array of interesting characters. And of course there are Lord Chaos’ Minions. Lots and lots of Minions. 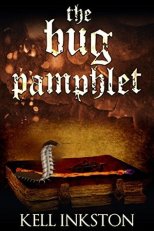 The Bug Pamphlet sort of a prequel to the series, not available for purchase but you can read it on the  author’s website

This is a hilarious short story occurring about 500 years prior to the book one, featuring Ranalie, Royal Knight Order, at the time she finally became a knight (and the first female knight), and Meeo, later known as Knight Love. The story describes an event of their first meeting and spell casting gone wrong. Lord Chaos is prominently featured in this story, as well. I am so glad I got my hands on this story.

The story is less serious than expected and it kept a smile on my face from the first to the last page. More importantly, this story gives a short but important insight into Meeo’s personality and explains a lot when it comes to her behaviour. And as a special bonus to the reader, it explains Lord Chaos’ goals and his relationship with Order. I like the word play Chaos-Order, male-female, sort of yin-yang references the author applies here. I am not sure of the significance yet, but I am certain it will come to light at a later stage in the series. In any case, this great funny little story is well worth reading.

And to fast forward to the future in author’s words: “…the King has fallen, the world is in jeopardy, and Meeo has become an upstanding Royal Knight and masteress magician…”

Woodcastle: Courts Divided Book One available for purchase on Amazon

This is a great start of the series, set in the author’s Omniverse. So far, there are no cross overs, apart from Lord Chaos, everyone knows and fears Lord Chaos, because he is the scariest overlord in the Omniverse. In this realm, there are several Western Kingdoms mentioned in this story – Whilhelmish, Ragnivan, Kanvane, Spirakander, curresntly in war with Eastern Kingdoms, and there are probably many more. There is a Fairy Kingdom, hidden from humans, and that is where most of the story happens.

I need to mention that we are talking about magic, knights with swords, fairies, and … space gates! Yes, Space Gates! For travel! Not only in space but long distances! How cool is that? There is so much magic in this book. There is also a war, which is on the outskirts of the plot, then there are personal conflicts and misunderstandings, there are danger, conspiracy, betrayal most foul, and some quite unexpected alliances, all of which lead to all kinds of interesting twists and turns.

The story starts with Knight Order who has now been permanently stationed in The Old Kingdom of Reinen with the title High Protector of the Realm, as the only person with the magic to counter that of the High Overlord Chaos. Together with Knight Love and Knight Law, as well as three young knights, Order goes to the Fairy Kingdom to investigate some unsavoury activity and unrest caused by it.

Six of them meet with a Fairy Envoy, who is to accompany them to the Fairy Kingdom. The cultural differences between human folk and fairy folk  are fabulously funny. They pass through the Sunken Forrest, and arrive to Liefland, the Fairy Kingdom, to conduct their investigation. The story is constant alteration between action and funny dialogues.

I need to make a special note of Everlock, which was, for me, the best part of the story. Absurd conversations with weird characters in Everlock… I could have stayed there for hours and I could not stop laughing. I am amazed how the author comes up with these dialogues and characters. I think this would make an amazing graphic novel as well.

The ending was quite unexpected and shocking and I can’t wait for the next book. Just for reference, W.K.D.R. is an abbreviation for Western Kingdom Defensive Republic.

This book was previously published as The Kingdom through the Swamp: The Courts Divided – Book 1 but is not available under this title any longer, considering that Woodcastle is a shiny new improved version.

Kingsday sort of a holiday special, not available for purchase but you can read it on the  author’s website.

This is a delightful short story involving Knight Order and Overlord Chaos, as well as some background on King Rayda. Part of the story is written as a poem. Naturally the Lord Chaos’ Minions and their names are always the best part. Truly a holiday special, with all the lovely holiday spirit that goes with it.

A Sweet Mistake, another short story available for reading on the author’s website.

This is a pretty funny story about Minions and some not so recommendable plants that were grown by Flower Minion, in her garden, “by mistake”.

All-Hell-Ows! Eve, another short story available for reading on the author’s website.

This is a cute and funny story about holidays, debate relating to holidays, and it features so many fabulous minions.

And there are several more short stories available for subscribers and on the author’s website.

More about Kell Inkston and his books can be found on Goodreads and the author’s website. Additional work by the author is also available on RoyalRoad. Adn you can join the author’s group on Facebook.

The images belongs to Kell Inkston and are used with his permission. 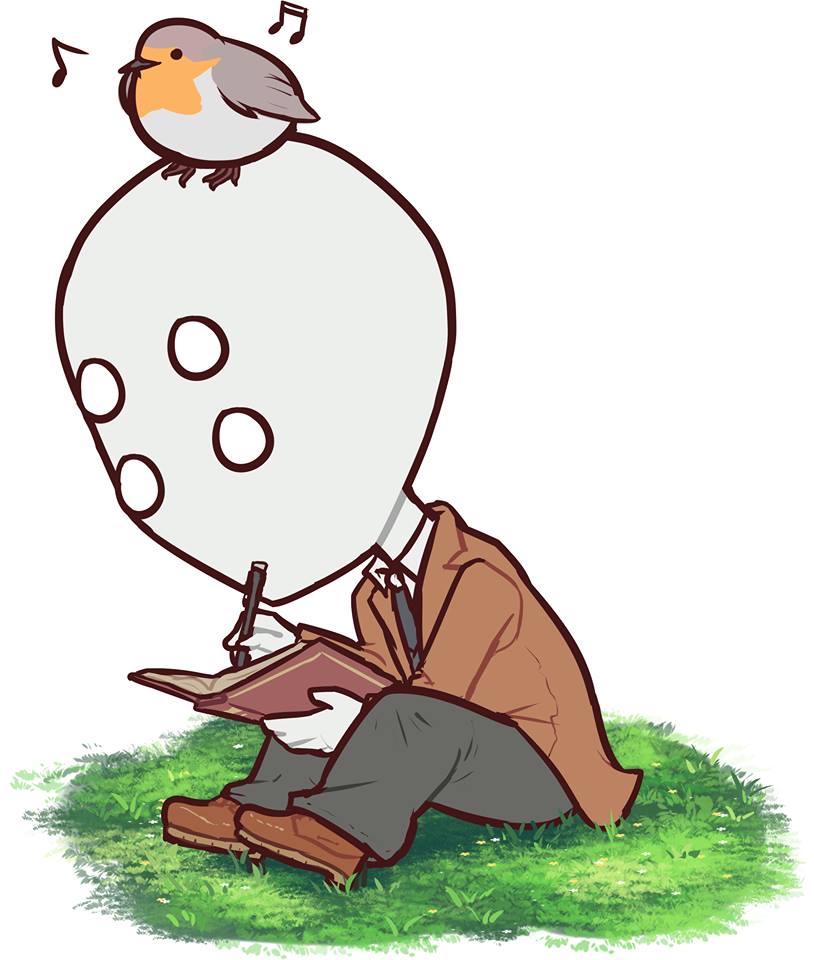 Images of Chaos, Order-Ranalie and Delivery Minion provided by the author. 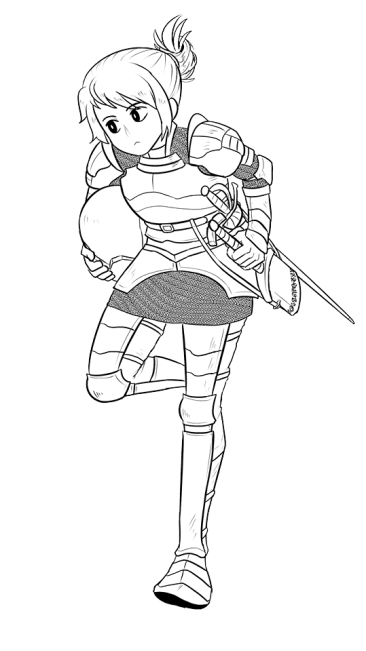 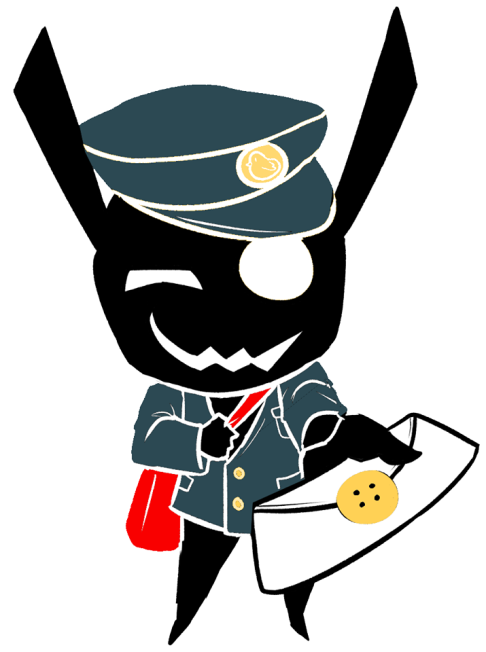 Other work by this author featured here:

I blog about my favourite books and series to show appreciation and thank the authors for their stories. As an avid reader, I am always on the hunt for new series and new authors. I am a big fan of all great books. View all posts by iramyriam

This is a text widget, which allows you to add text or HTML to your sidebar. You can use them to display text, links, images, HTML, or a combination of these. Edit them in the Widget section of the Customizer.
Loading Comments...
%d bloggers like this: